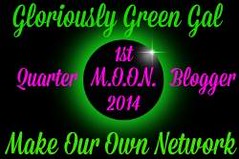 In our house, Earth Day is a pretty big deal – it is a day to share with others what we strive to do all year long: protect our planet for the longevity of all living beings and to live greener, healthier and better lives!  Oh, and it’s Miss LadyBug’s birthday, too!  Being that she has an Earth Day birthday, Miss LadyBug takes her desire to protect animals and their habitats very seriously, so when I told her that Disneynature has a new movie coming out on April 21 featuring a few of her favorite animals, she was thrilled!

More than that, one of her favorite gluten-free snack makers, SunRype, has partnered with Disneynature to bring an amazing sweepstakes* for Born In China – be sure to check it out and  ENTER HERE.

October is National Non-GMO month and I am super excited to celebrate it with you in style!  First up is an assortment of delicious and organic snacks from SunRidge Farms!  I received a variety of these organic snacks in exchange for my honest opinion, which really became the hubby’s honest opinion once he confiscated them all after just one taste!

Get your Healthy Snack Fix with KIND and their Newest Flavors

With hubby riding his bike to and from work every day of the year (yes, even during the winter and this past year’s Polar Vortex!), it is important that I find healthy snacks for him that provide an abundance of nutrients, vitamins and protein.  One of our favorite healthy snack purveyors, KIND, has come out with two new flavors in their nuts and spices bar line.  We received the two new flavors in exchange for my honest opinion.

During the school year, it feels like we are constantly running.  To school, to work, to home, to swim lessons, to dance and so on.  With so much running around, I try to keep healthy gluten-free snacks on my person so we do not fall victim to vending machines full of high fructose corn syrup, food dyes and GMOs.  One of our favorite quick snacks to carry is granola, but the trick is finding one that is gluten-free, non-GMO and actually tastes good.  I am so excited to share about this gluten-free granola from Ola!  I received an assortment of gluten-free granola packs and snack packs in exchange for my honest opinion.

I am in LOVE with my slow cooker.  There.  I said it.  I do, I mean really, my slow cooker is a lifesaver in our house, and at least two nights a week, the sole reason we have a hot, homemade meal on the table.   I love to make shredded chicken tacos, pulled pork sandwiches and even cook my chicken in there to make chicken salad.   But with these sorts of meals, I need to shred the meat and had been using two forks to do this – while that worked, if I tried to do it with the meat still in the slow cooker (my preferred method), I would either burn my hands at least once in the process, scratch the bottom of slow cooker or both.  Not to mention I would get tired of shredding after awhile and end up with hugely inconsistent shreds of meat and some areas not shredded at all.  I recently received a product in exchange for my honest opinion that has revolutionized my recipes that require shredded meats!

I am a member of the Collective Bias®  Social Fabric® Community.  This shop has been compensated as part of a social shopper insights study for Collective Bias and their client.

When we found out that Miss LadyBug had a wheat allergy back in April 2013, we had to do a lot of changes to our shopping strategy and my cooking style.  As time went on, we found out that not only was she wheat allergic, but also gluten-intolerant which meant any and all gluten had to be cut from our diets.  We found out quickly that many of our common “kitchen essentials” were chockfull of gluten!  Did you know that soy sauce has gluten??  I had no idea!  While I made the major switch to gluten-free for our family meals and all of Miss LadyBug’s food, I still kept things around for myself and everyone else.  I mean, who really wants to chow down on gluten-free bread when you can have a chewy and delicious piece of whole grain bread?  The thing is, I noticed that the weeks where I was entirely gluten-free, I was migraine-free.  Yet, on the weeks where I indulged in a PB&J as a snack on some gluten-filled bread, I was down for the count with terrible headaches and migraines.  I have been plagued with them since I was a teenager and just assumed that was what I could expect for the rest of my life.  Migraines and medications in an endless cycle.  As it turned out, my migraines were almost all contributed to my diet.  Cut out gluten, and I cut out the migraines.  I have been nearly migraine-free and, better yet, medication-free for nearly four months now since I cut the gluten, the trick is, finding gluten-free foods easily and quickly in the grocery store.  Well, if I am honest, the other part of that trick is to keep myself honest and out of gluten-filled foods!  My goal for the New Year (a resolution of sorts?) is to commit to be 100% gluten-free with no cheating!

Before going completely gluten-free, if we needed a quick meal, we would grab sandwiches or maybe make a tortilla roll-up.  Since neither of these are gluten-free and the gluten-free alternatives are not quite as appetizing to me, I needed a new option.  Something that I could keep the ingredients around for, or keep pre-made in the fridge for a grab-and-go meal!  What I came up with was this delicious gluten-free chipotle chicken salad taco bowl.  It also goes great served as a salad, as a taco or even as a gluten-free appetizer when served with a bowl of corn tortilla chips!